Advertisement
Nowadays you can find many tools to help you create video games based on unified development environments with all sorts of assistants to make them easy to use. While most have to be purchased or have limited features, Godot Engine has now appeared as an alternative that's completely free and open-source, and lets you create 2D as well as 3D games.

Its interface aims for intuitiveness for both designers and programmers, using a scheme of hierarchical context windows that, despite being not quite as simple as drag-and-drop alternatives like Game Maker, still offers an accessible learning curve. The developers have provided extensive documentation so you can familiarize yourself with the program, and its high-level scripting language has many similarities to Python, so it's relatively easy to grasp.

You can export your projects to multiple platforms: Windows, Linux, Mac, Android, iOS, and even commercial consoles like PlayStation 3, 4, and Vita (though each console is still subject to the publishing restrictions of its respective developer).

In terms of features, Godot Engine includes a 2D engine (not an adaptation from the 3D one like Unity) that can transform and resize sprites, create physics and collision systems, and animate easily. The 3D engine works with OpenGL ES 2, so it's compatible with all types of rendering effects, lighting (HDR), and anti-aliasing. It also lets you export 3D models from well-known environments like Blender, Maya, and 3D Studio Max.
Reviewed by Raúl Rosso Translated by Taryn
Advertisement

it's gonna helpful to me.. 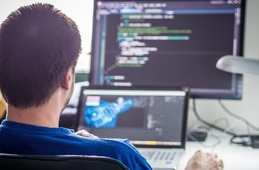 Oct 15th, 2019 The best tools for creating videogames on Android 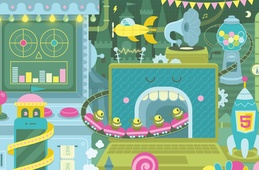 May 14th, 2015 The definitive list of game creation programs Unity
The definitive tool for creating video games
GameMaker Studio
Create you own videogames for any platform
Game Maker
Design simple and visual games
Unreal Engine 4
A powerful and professional tool for creating video games
M.U.G.E.N
The basis to create your own fighting games
Algodoo
Have fun creating, inventing and playing with physics
RPG Maker
The creation of whole fanatasy worlds is in your hands
Mario Builder
Create your own Mario game